As a founding member of Steinberg, Nutter & Brent in 1982, Mr. Steinberg has been practicing in the counties of Los Angeles, Ventura, Orange and Santa Barbara for over 35 years. Expert in a variety of fields such as Bankruptcy, Civil, Litigation and Real Estate, Mr. Steinberg's main emphasis is bankruptcy-related matters, as well as federal and state court litigation.  His long-lasting relationships within the business and legal community are a testament to his excellence.

Mr. Steinberg joined the Legislation Committee of the Business Law section of the State Bar of California in 1983, and subsequently served as a Chairman of this prestigious group.  He  also served on a Committee chaired by a local Bankruptcy Judge to re-write the local rules for bankruptcy practice.  Since 1997, Mr. Steinberg has served as a bankruptcy mediator and performs  arbitration for the Los Angeles Superior Court.  In addition, he has sat as a Judge Pro Tem for the Los Angeles Superior Court for eighteen years.

Mr. Steinberg and his wife reside in sunny Malibu, California and when time permits takes advantage of an ocean-side lifestyle. 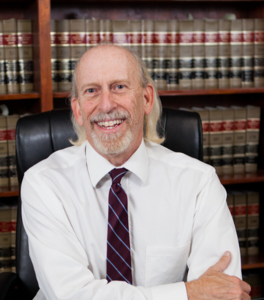